This is a story about my man. My selfless, sweet, and hardworkin’ boyfriend who is endlessly kind even when he’s under an immense amount of pressure. This last year has been a tireless job hunt for him, one that was often barren and disappointing. Things have a way of working out and last Friday Kent started his first day at his neeew job. I smile writing that.

I’d never been to Tallahassee before this weekend. Five days later: I like it. Took me a day or two of skepticism and definitely was influenced by a bacon wrapped hot dog… but I like Tallahassee. I spent FOUR DARN HOURS in the car driving up there and I needed food baaad when I finally got into town.

I scoured Yelp and dragged Kent across town to Voodoo Dog. I had the Hari Kari, which was a bacon wrapped hot dog, topped with pineapple, teriyaki, and scallions. HELLO YUM. Kent went with a bacon wrapped dawg topped with chili. All that yum, a view of the Goonies on a flat screen, & it was $7.

Kent has himself a pretty little studio apartment that I just adore. It’s tiny and there’s limited counter space, but Kent is there and therefore, I love it. I’m so incredibly proud of the man he’s been in the past year despite how low it’s been at points. We spent the four days I was up there just being together. (I dragged him through a farmers market. And then World Market. And then two different natural food stores. He’s a good guy.) It’s been a long year of weekend trips and Skype calls. Weekends sitting on my parent’s couch and quick trips to Orlando that were over as soon as they started. 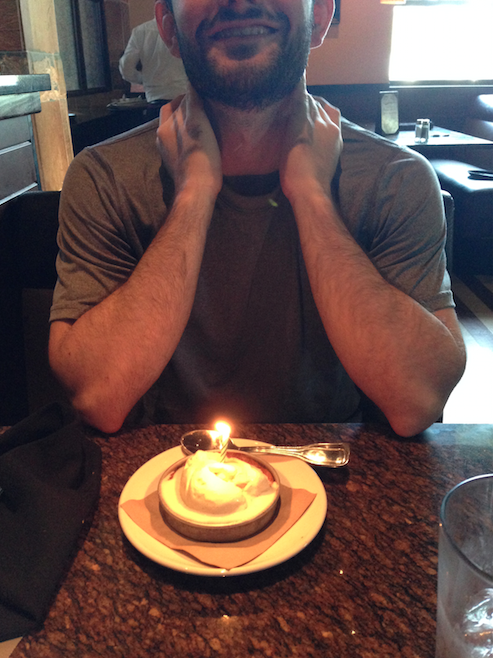 The days are almost over, but not quite. I won’t be with Kent for his birthday coming up, so we had early birthday dinner. Complete with one of those half baked cookies with ice cream on top. On that note: BACK TO FOOD. 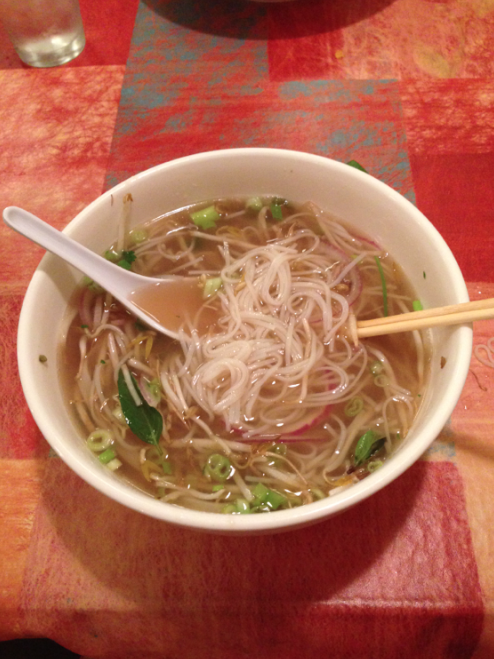 Munched at Far East Cuisine for dinner, had Pho Tai that was aaaaaalright and not perfect. Kent had his usual pad thai. It was darn delicious besides the overcooked beef. Pho recommendations in Tally? Anyone? 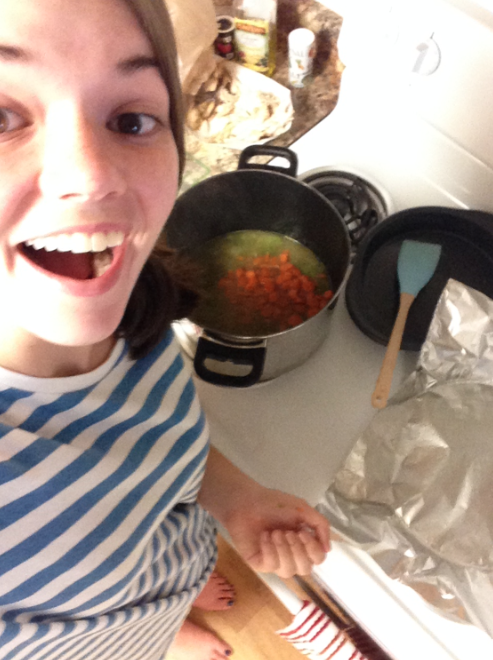 Made this recipe from Pinterest that was so simple and delicious. Instead of an entire rotisserie chicken, I just bought a breast/wing from the Publix deli for $3.09. There’s no cream or added dairy, just chicken broth, veggies, and a box of rice-a-roni. Can’t beat it.

Sushi rants aside, it was the best weekend I could have asked for. Miss my guy already, but work I must! Looking forward to the 4th and some fireworks :) ’til next time!