Important to be noted that while I write this, my Dad inspired Spotify playlist is playing. Paul Simon, Van Morrison, The Band, and the Grateful Dead… aka all the songs that are played at ungodly decibel during car rides. Faj’s Day is Sunday, so the yearly ode to my Faj is in order:

My faj is the best guy I could ever have asked for as a father, mentor, and terrible joke teller.  My Dad is a little older than your average Dad, there’s 45 years between the us and I’m the oldest of my sisters. Since he was a little older, I can’t remember my Dad having anything other than gray hair, a trait that spurred a lot of mistaken cases of identity.

My parents would take the weekly voyage to BJ’s on Saturdays after Mom got off work my uncle’s furniture store. We’d walk through, stop at the book section and loiter with Dad until Mom finished the shopping. She’d scoop us up on her way to the registers and we’d argue over who gave the receipt to the girl at the door. Followed by the inevitable begging for a 10 cent gumball.

One of those Saturdays, I got a gumball. Pushed my dime into the slot and turned the knob. Opened the metal door and out flew the gum ball, bouncing along the floor towards a shopper walking out the door. “It’s okay, Grandpa!” she called, “There’s a 10 second rule!”

I’d be blue in the face if I tried to correct every stranger who asked me about my “Grandpa.”

Dad has always been a tan kinda guy, ya know, darker skin than the rest of us milky white Mullens. He always jokingly calls himself a Black Irishmen, one of those lame Dad jokes that nobody every understands but everyone recognizes a mile away.

Sarah was in first grade when she came home one night in February and declared to my Mom: “Thank goodness for Martin Luther King.” Mom asked her why she felt this way and she responded, “If it weren’t for him, you and Daddy couldn’t have gotten married.” That, folks, is the story of how my sister thought my Dad was a legitimate African American. Mom has all her “black Daddy” pictures saved away, everyone in an orange crayon and then Dad in a brown crayon.

ANYONE who has been around my Dad for more than five minutes knows he’s a man of faith. He’d correct me for saying that, he’s a man of Jesus. He’s a man of the Bible. When I was little, I could always find him on the porch early in the morning, reading the bible. He has one that he bought the day I was born, that’s riddled with highlighter and notes in the margins. A penny from the day I was born is taped on the inside cover. Everything he does is centered around his faith and his duty to serve his family, something I imagine is nearly impossible to find in the modern man. He calls me when I’m driving down South to pray for ‘traveling mercies’ and sent Kent emails and texts with uplifting bible verses when the job hunt was really getting to him.

It is both his most endearing and irritating quality. It may sound wildly insensitive, but it does wear on you when you’re talking about the price of gasoline and he relates it to something in the book of Leviticus. I snapped at him one day, telling him I was tired of having everything I said be related to something from the “Songs of Solomon” – some random book of the Bible I chose for the sake of making a point. He didn’t even get mad… he just informed me the Songs of Solomon wasn’t a book of the chapter, but something entirely different…. and that lead into a twenty minute history lesson.

Nowadays Dad handles his iPhone with a certain apprehension, like he isn’t 100% sure what to do with it. He just recently discovered you can speak to Siri and tries to challenge her by talking like a pissed off Frenchman.

But, back in the day of big, square white monitors and Windows ’98, we had an Encyclopedia game for the computer that was a maze and you progressed by answering questions. I’d sit in my Dad’s lap and he’d answer the questions and I’d pretend I was bosshog kid genius. Y’all wonder why I participated in reading clubs and book bowl competitions… I was raised to be a nerd. He used to make us search the dictionary for words that we misused and still ridicules me for mispronounced “epitome.”  Mom is always after him to donate some of his books, which spans multiple bookcases and fills a bureau next to his bed. 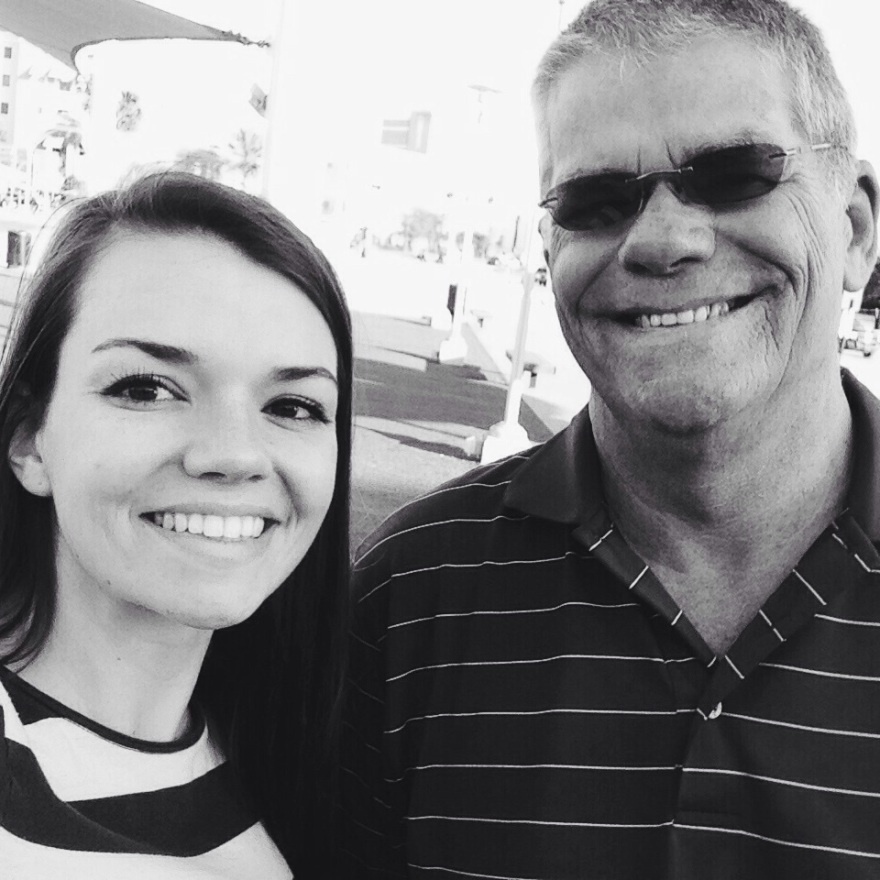 As the father to three girls and having a wife… he never had a chance. He has been dragged through thousands of department stores, sat through the Lizzie McGuire Movie a dozen times and even read the Hunger Games along with us. His only stipulations: Get out of my chair and grab me a beer. So, we did. Feminist connotations aside, he’s always fostered a sense of independence in me. Never once has he told me my dreams and goals were anything less than spectacular and believed in me 100%. So many parents push their children into hobbies and pressure them to achieve, but both my parents have always let us do whatever we pleased and let us self motivate. A noble cause that could have gone terribly wrong… but looking back on it, I appreciate it. He meticulously documented mine and my sister’s childhoods into binders labeled “The Girl’s Book” that have been squirreled away to an unknown place, for a later date. 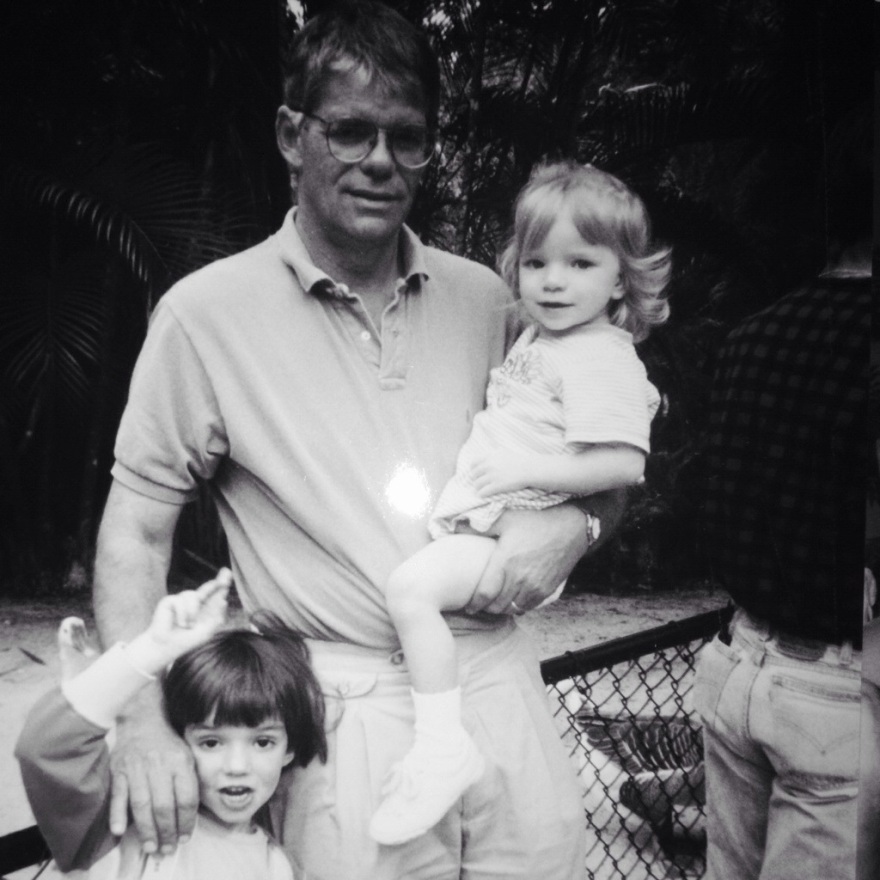 All the stories aside – my Faj is the shit. He’d yell at me for using “that kind of language” but it’s the truth. No guy out there could compare to my ole’ man who is always in my corner, building me up with a weird mix of Bob Dylan lyrics and Bible verses. He jams to Avicii on the radio and would eat bologna and mustard sandwiches everyday if he could. The constant keeper of my tire pressure, oil levels and washer fluid. I don’t know where I’d be without him and I certainly don’t want to find out anytime soon. Here’s to you, Faj. You’re the shit ;)