There is NOTHING! better than knowing I don’t have to deal with school. For another three weeks, anyways.

I’ve been home since Monday afternoon, Kent came and got me in Orlando. The girl who was supposed to give me a ride home is a notoriously fast driver and that freaked Kent out – so he came and collected me and my thousand possessions and brought me home. That guy. 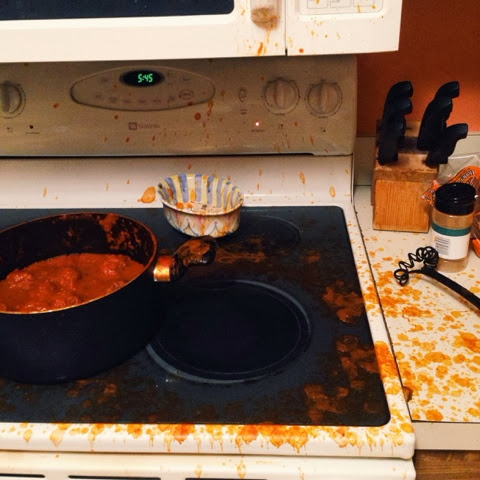 This welcomed me home. Mom ended up having to make more sauce because she lost half of the pot to this explosion. 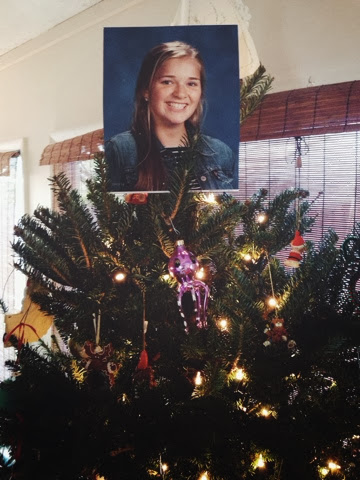 The days kinda melt together, I don’t recall if we put the tree up Monday night, or another night… but it went up! Libby put her latest school picture on the top. That girl. Too humble. 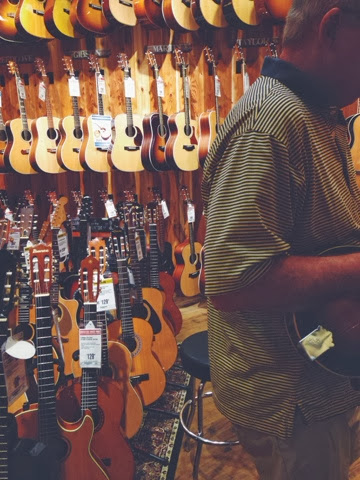 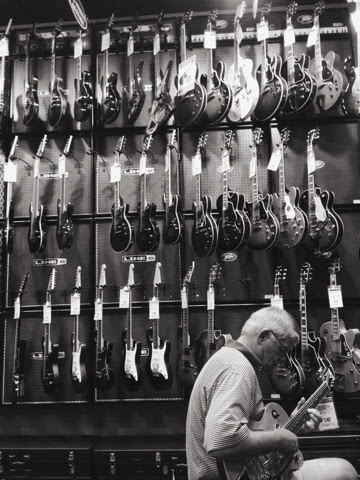 Dad and I went to Guitar Center (I have no idea what day. It’s as if being in Palm City makes me loose all sense of time..) We spent a monumentally SHORT amount of time there – previous trips I have had to peel Dad away from the guitars. 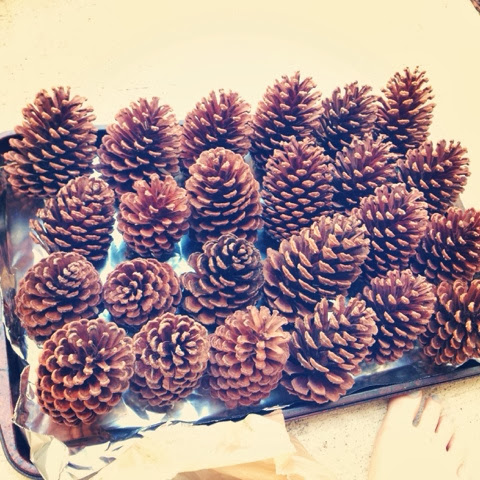 Went and had lunch with Lisa on Thursday (I remembered!) and I stole a ridiculous amount of pine cones from her lawn. I threw them in the oven for half an hour at 200 degrees to get rid of the extra sap ‘n critters, and now I have a LOT of gold pinecones. ‘Tis the season to spray paint everything gold. 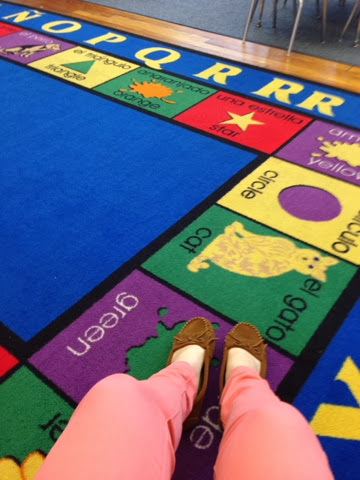 Hung out in Mom’s class with her for awhile yesterday. I’m going back on Monday and I have to show you guys some of these kids. All of them, really. SO DARN CUTE. 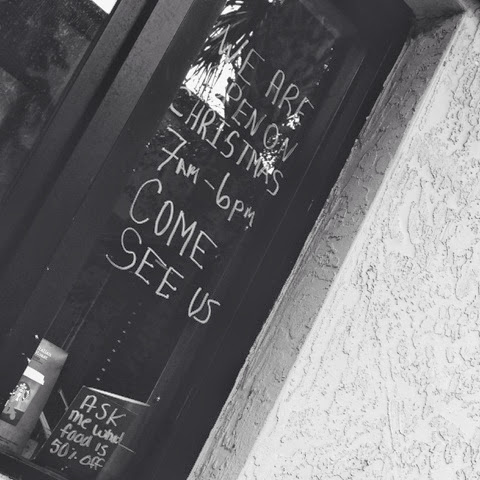 Starbs is open on Christmas. SHAME ON YOU. 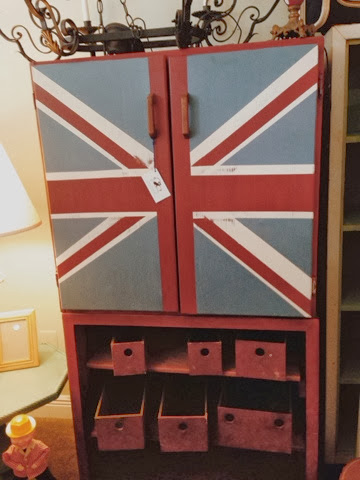 Stopped into Junk Dog Salvage, a vintage furniture shop in Stuart. It just moved up next to the European Toilet place right next to the cemetery on Monterey. Not the nicest directions… but you get the point. This is the only picture I snapped while I was in there, but they had some really neat stuff. And ancient cross stitch kits. It took a lot of willpower to walk past those. 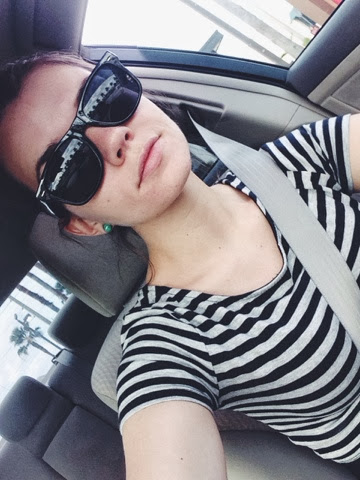 Speaking of ancient. The snowbirds are here. I spent five minutes behind a Crown Vic from Pennsylvania who refused to merge into traffic.
& final tidbit: I am obsessed with Once Upon A Time. Like.. two seasons in two weeks. Kent was watching an episode with me the other day and was all “this is so lame,” and two episodes later he is hooked. Made Sarah and I pause and explain all the characters. Then he wiki’d Rumplestiltskin.

That guy. I just lahv him.