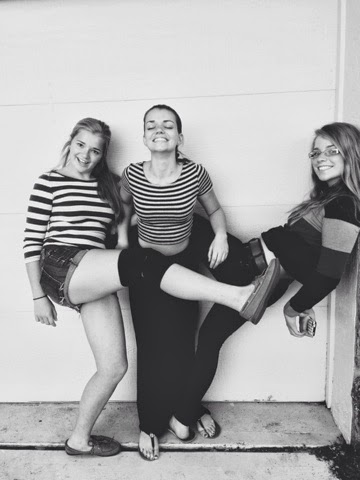 Let’s call this one – State of the Union: Mullen Sisters Edition.
First things first, I went home this weekend! Oh how it felt like it had been months and months since I’d been with my kindred weirdos. Dad and I were talking on the phone last week when he offered up this, “Sarah’s sense of humor is weird as hell.” There is no better way of putting it and this weekend was the medicine that all home visits are. Being with my best friends and favorite humans has a way of resetting me to factory settings. 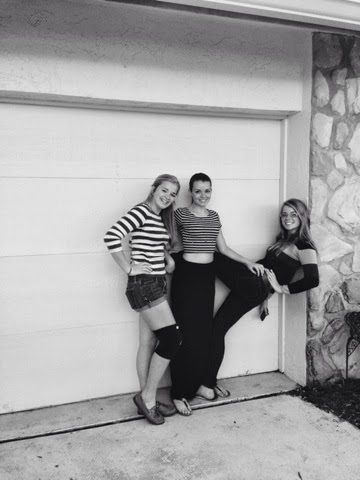 We had to force Mom to take our picture before we went to dinner on Saturday night. Sarah was wearing a sweater I bought last year Christmas Break without trying it on (lazy) and hated. Libby is wearing a shirt I bought my freshman year of high school (…. that’s seven years ago) and the stripe-age had to be documented. After all, we Mullens love stripes.
You’ll notice the knee brace on Lib’s right knee. I understand the situation but in veeeery non medical terms. Excuse the following medical explanation, it’s gonna be rough. The bone at the very bottom of Libby’s spine is too big, causing it to rub up against her tailbone and some nerves in that area. Because of the friction, her right leg is in pain with her knee constantly swollen. The doctors recommended she stop marching band and stay off her leg as much as possible. She’s been on crutches for the last few weeks to help. She goes for another MRI this week to finalize everything and she will be having back surgery at some point. Either to fuse the bones together or remove part of the bone that is too big – they haven’t decided yet. The idea of back surgery gives me chills, but Libby being Lib, she doesn’t seem phased by the situation. In fact, she is excited to have surgery because it gives her an excuse to go to Miami ;) 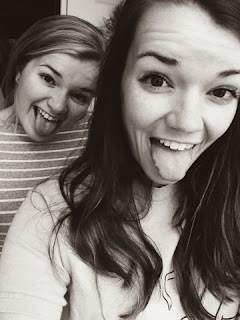 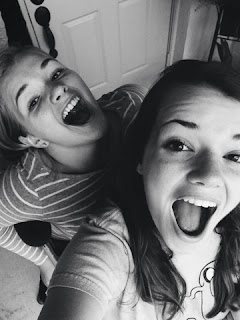 You’ll also notice that Libby is kinda, sorta, GROWN UP. I was going through pictures from this past spring and the changes are night and day. She’s just more… Libby. On an equally disturbing note: here are there homecoming pictures from two weekends ago. THEY LOOK SO GORGEOUS AND GROWN AND NOT PUDGY BABY FACED. Where are my baby sisters!? 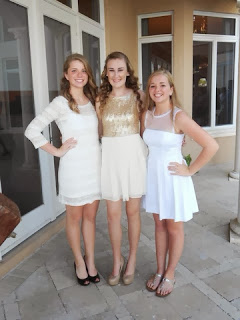 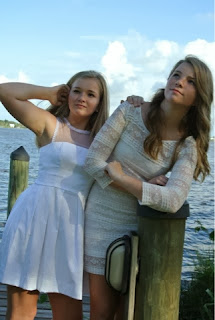 Sarah (left) and Libby (right) with Lindsay // ze pensive thinkers
On an unrelated note, I’d like to add that Libby has been fifteen for over a month and hasn’t lifted a finger to get her driver’s permit. Sarah is ALMOST EIGHTEEN and just recently got her permit not six months ago. Would someone care to clear up the mystery of why we Mullen girls are so terrified of driving? Or rather, why we’re so lazy when it comes to becoming licensed drivers?
I was eighteen and into my spring semester of senior year when I got around to getting my license. After I failed the driving test, of course. Dad was so afraid to me knocking over the mailbox that he always backed the car out before letting me drive. Because of this, I never grasped the concept that when backing up, you have to turn the wheel the opposite direction you want the car to move. Fast forward to my driving test and I back out of the parking spot and all the sudden I’m not the direction I thought I was going to be and I held it together long enough to get back into the car with Dad. To deal with my trainwreck of a driver’s test we went to Dunkin and ate coffee cake. Dads always know how to fix things.
& finally: a song Sarah made me listen to that isn’t half bad ;)