The Blossers are in toooown! Kent and I went to his Uncle Rob &  Jay’s last night to meet up with everyone for dinner, and we were back this morning for breakfast. Naturally – pictures ensued. Kent’s step mom, Nanny, is one of seven kids. Her sister, Debbie, has a time share here in Orlando and so everyone’s in town for some relaxation. 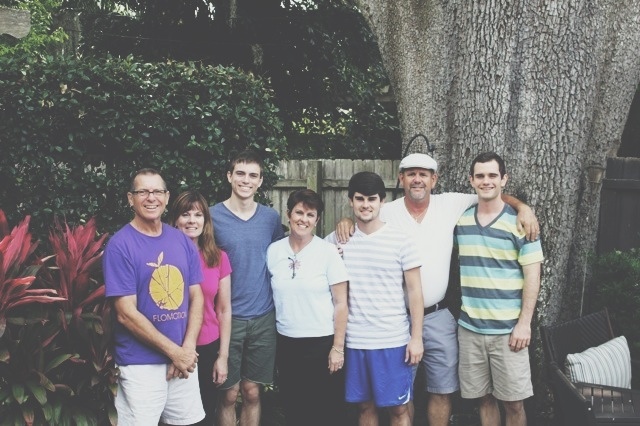 Pictures make explaining families so much easier. On the left is Stanley and Debbie, and their son Corey. Then Nanny, Dylan, Papa Blosser, & Kent. Rob didn’t make it into this shot, but he’s around too. Side note: Nanny’s name isn’t really Nanny, it’s Nancy. In case you’re sitting there thinking, “Nanny is such an odd name.” We can thank Kent’s childhood speech impediment for the nickname. 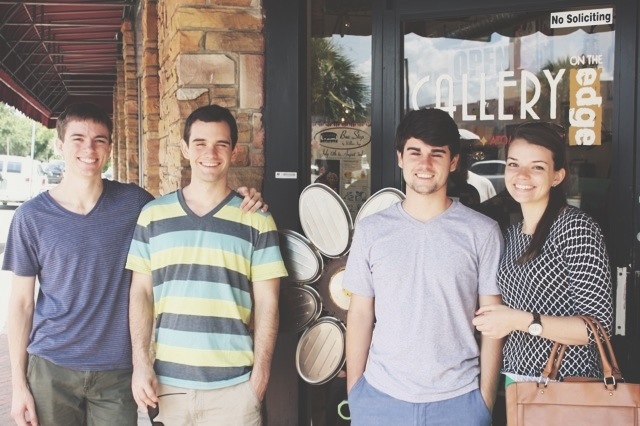 So we went to College Park Cafe for breakfast (more like brunch – we’re talking 11:30 at this point) and spent the rest of the morning/afternoon lounging around at Rob’s. 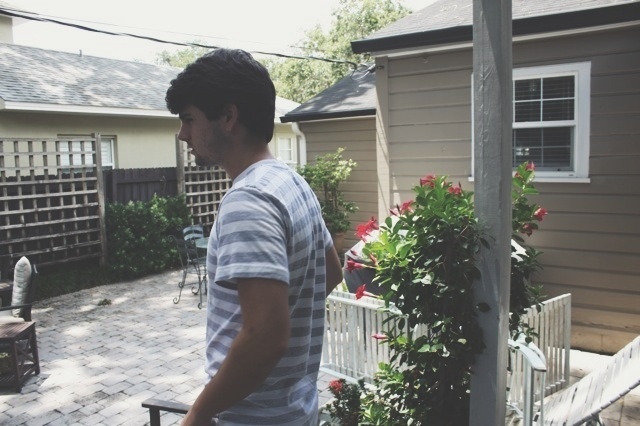 Odd picture of Dylan to show a little bit of Rob & Jay’s backyard, which I love. They’ve got a huge backyard, half of which is paved with a fire pit and chairs, and this MASSIVE tree. Think the tree from Pocahontas big. You can actually see it behind the fam in the picture above. The inside of their house, or a ‘bungalow’ as Rob calls it, looks like it’s something out of HGTV. So. Darn. Cute. But ‘cute’ isn’t the word – it’s refined, polished, but comfy. I’m envious. 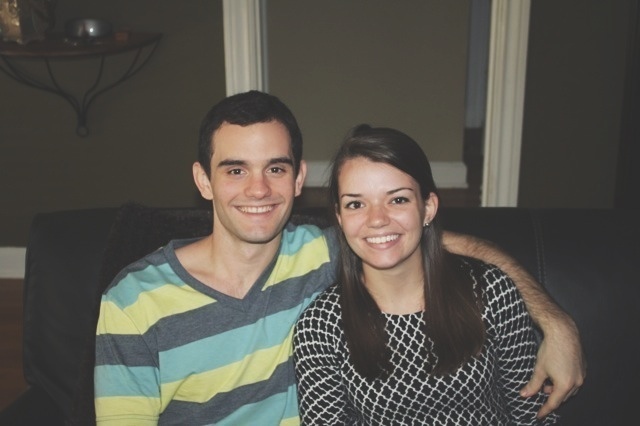 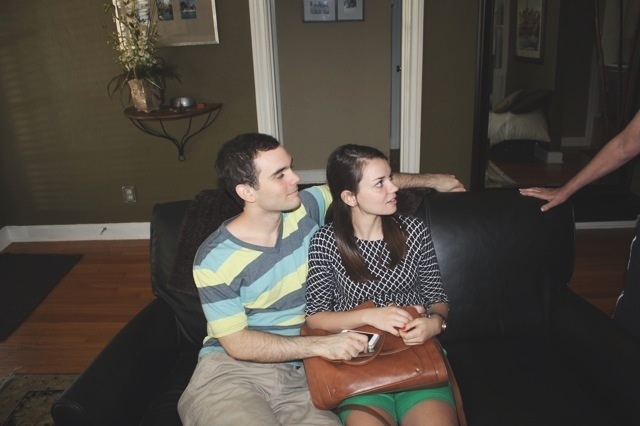 Magically, Kent and I ended up with a real picture together. He doesn’t read this, so I could post all the outtakes where his face is… special looking. I mean that in the nicest way, but the guy won’t smile for a damn picture. So this one, with my squinty eye and all, is a rarity. And I’m happy about it. 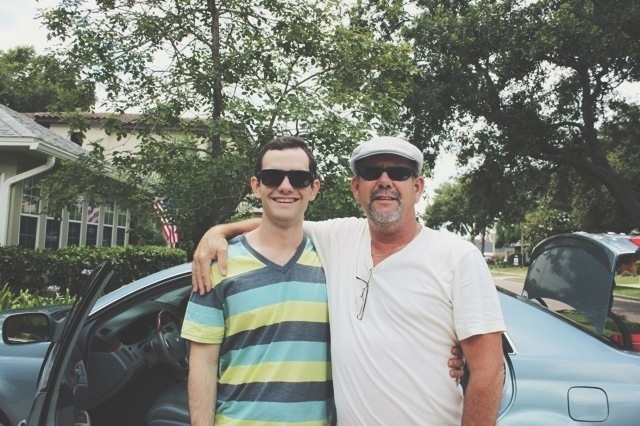 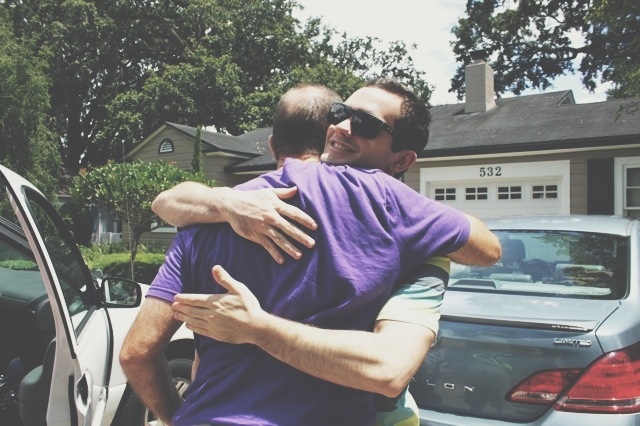 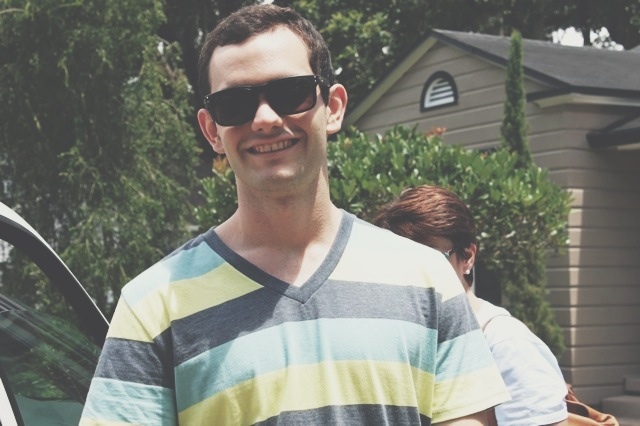 Anyways, Kent’s frandz are coming into town for birthday festivities and we’re going back for Blosserfest round two tomorrow afternoon. MORE PICTURES TO COME, bye!